An incubus who feeds off the sexual desires of others, Roth de Lis has never been denied the pleasure of a woman’s body...until now. Lilah, once a warrior maiden in the service of a goddess, languishes on Earth after being cast out from the slopes of Mount Olympus.

Lilah will do anything to return home to Olympus, including betraying Roth. As she spins her web of lies, Roth begins a slow, wicked seduction that eventually threatens to consume them both. But when Lilah’s deceit comes to light, will their torrid love affair be able to overcome a pact with the darkest of gods? 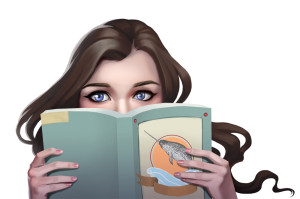 AUTHOR Bio and Links:
C.J. Harwin is an author of steamy romance novels that spring from myth and imagination. Accompanied by her family and an embarrassing number of pets, she lives in a Southern town watched over by the god of the forge. An attorney by day, she spends her nights crafting tales of ghouls and gods, mortals and minions, and heroines and the heroes who love them. 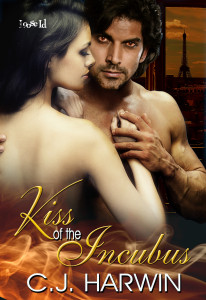 Excerpt:
The moonlight made Lilah hum with power, giving her abilities a much-needed boost. She glanced at Roth, still out on the ground. She didn’t want to reveal her bow and arrows to him, lest he guess where she got them. Anything that gave him any insight into her past was a threat to her future. But there was no other way out. Lilah stilled and summoned her bow. It sprang from her grasp, a wisp of silver growing into the curved tips and taut string. It resonated with power in her hands as she pulled a similarly effervescent arrow from her quiver.
The fury’s wings, translucent and covered in a fine black fur, flapped to keep her hovering above the ground. Lilah noticed the fury examining the markings on her neck. She pointed at Lilah and said, “Not you, servant of Artemis. My master wants the incubus.”
“The incubus is mine. If you want him, you’ll have to go through me first.” The glow of the moon and her instinct made her ready, spoiling even, for this fight. It had been far too long.
“So be it,” the fury rasped before splaying her claws and diving for Lilah. Its battle cry pierced the night.
Lilah rolled to the left and let her arrow fly, punching through the creature’s wing and soaring off into the night. The fury let out a shriek that had blood running from Lilah’s ears. But she didn’t care. She was in her element.
Tags: c. j. harwin, erotica, kiss of the incubus, lilah, wicked seduction
Subscribe