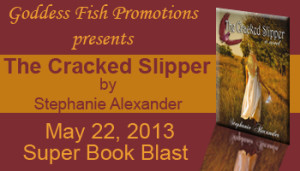 BLURB:
When Eleanor Brice unexpectedly wins the heart of Gregory Desmarais, Crown Prince of Cartheigh, she's sure she's found her happily-ever-after. Unfortunately, Prince Charming has a loose grip on his temper, a looser grip on his marriage vows, and a tight grip on the bottle.
Eight years of mistreatment, isolation and clandestine book learning hardly prepare Eleanor for life at Eclatant Palace, where women are seen, not heard. According to Eleanor's eavesdropping parrot, no one at court appreciates her unladylike tendency to voice her opinion. To make matter worse, her royal fiancé spends his last night of bachelorhood on a drunken whoring spree. Before the ink dries on her marriage proclamation Eleanor realizes that she loves her husband's best friend, former soldier Dorian Finley.
Eleanor can't resist Dorian's honesty, or his unusual admiration for her intelligence, and soon both are caught in a dangerous obsession. She drowns her confusion in charitable endeavors, but the people's love can't protect her from her feelings. When a magical crime endangers the bond between unicorns, dragons, and the royal family, a falsely accused Eleanor must clear her own name to save her life. The road toward vindication will force a choice between hard-won security and an impossible love.
The Cracked Slipper is a book club friendly fairytale retelling in the vein of Gregory Maguire, with a dash of romance. Set in a pseudo-renaissance, corset-and-petticoats enchanted kingdom, The Cracked Slipper brings a magical twist to women's fiction. 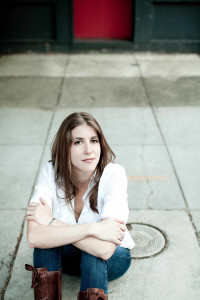 Biography and Buy Links:
Stephanie Alexander grew up in the suburbs of Washington, DC, the oldest of three children. Drawing, writing stories, and harassing her parents for a pony consumed much of her childhood. After graduating from high school in 1995 she earned a Bachelor of Arts in Communications from the College of Charleston, South Carolina. She returned to Washington, DC, where she followed a long-time fascination with sociopolitical structures and women’s issues to a Master of Arts in Sociology from the American University. She spent several years as a Policy Associate at the International Center for Research on Women, a think-tank focused on women’s health and economic advancement.
Stephanie embraced full-time motherhood after the birth of the first of her three children in 2003. After six wonderful years buried in diapers and picture books she returned to her childhood passion and wrote her own fairytale. Her family put down permanent southern roots in Charleston in 2011. Stephanie is an adjunct professor of Sociology at the College of Charleston. 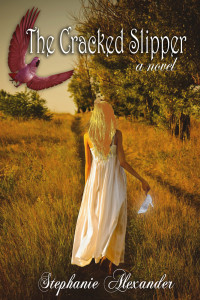 Excerpt:
The dragon stood and lumbered toward the first cave. It passed the other unicorns, slowing every few steps, and they responded with reassuring whinnies. The next dragon appeared, followed by two more of Tremor’s unicorn guides. The first dragon called to the second, who screamed once in return. Both creatures seemed eager to get underground.
The transfer continued for nearly an hour without much fanfare. Eleanor thought she must have miscounted when there was a break in the procession.
“This will be the last one,” said Gregory. “I wonder what’s taking so long.”
Tremor paced at the mouth of the cave. Dark smoke rolled from under the ground. Tremor sent two of his fellows down below, and when after a few minutes they did not return, Thromba called to him to send two more.
Without warning, and with an earsplitting scream, and a new dragon burst from the cave. Stubby horns revealed her as a doe.
“Ho!”Gregory yelled. “Nestlings!”
Three baby dragons, about the size of saddle horses, squealed and circled their mother’s feet. She screamed and shot fire at the wall of men and unicorns. The men fell back. The unicorns just shut their eyes. As Gregory steered Eleanor toward the cabin she caught a flash of white behind the dragon’s legs.
Teardrop had somehow been pushed from the line. She was pinned between the raging dragon and the canyon walls. As the dragon backed and reared, her massive tail, all wrathful muscle, swung in a deadly pendulum.
“Teardrop!”Eleanor screamed.
Teardrop zigged, looking for a way around the mother dragon. The dragon’s tail came down hard and clipped the mare across the shoulder. Teardrop slammed into the rock wall. She cowered, stunned and heaving.
“Teardrop!”Eleanor yanked free of Gregory’s grip.
“Eleanor, stop!”
She ran past the startled guards and into the chaos.
“Get back!” Tremor snorted.
“I won’t!” She yelled to be heard over the dragon. “I’m going to help her.”
“You can’t, and we must control this situation.”
“I will, damnit!” She tried to get around the stallion but he stepped in front of her again. “Get out of my way!” she stormed.
He lowered his head. “If you insist on this foolery at least let me help you.”
Gregory was shoving past the guards, but she climbed onto Tremor’s back before he could reach her.
“Eleanor!”Gregory screamed.
She clung to Tremor’s mane as he raced at the dragon. Her eyelashes stuck together in the blinding heat. Tremor dodged and wheeled as the dragon spit fire. Two other unicorns flanked them.
Tremor skidded to a stop. Eleanor leapt off and ran to Teardrop.
“Hurry!” Tremor called.
Foam dripped from Teardrop’s muzzle as she pressed against the wall. She wasn’t bleeding—her thick hide was nearly impenetrable—but a raised welt marred her shoulder. Her eyes rolled.
“Teardrop,” Eleanor tried to keep her voice calm over the screams of the dragon as it went after Tremor. “Help me. Take me back to Gregory.”
Teardrop swung her head at Eleanor’s voice. Her dark eyes came into focus. “Why are you here?” she whispered. “You will be killed.”
“So you must take me out.”
Teardrop nodded, and Eleanor grabbed her mane and pulled herself onto the mare’s back.“Go, now,” she called. “I need you to get me past this dragon.”
Teardrop scraped at the ground with one hoof and pricked her ears. She watched Tremor and his helpers and the mother dragon. She spotted an opening and dove for it. The dragon spun and swung her tail again. Eleanor held on as Teardrop leapt. They barely cleared the spinning spikes.
They came to a stop past the line of unicorns, and Eleanor’s legs gave out when she slid to the ground. Gregory caught her, cursing and kissing her.
“Dammit, Eleanor,” he said. “You’re the most stubborn, disobedient, brave, exasperating woman.”
She sat on the ground with her head between her knees. The magicians bustled around Teardrop. They tried to examine her injury, but she snorted them away. She stood over Eleanor, breathing down the back of her neck.
Eleanor raised her head as Tremor called a dozen of his fellows into the skirmish. The doe blew fire, but more unicorns pressed in and she backed down. Her children squeaked and smoked around her. Tremor stepped from the line and knelt on one knee. To Eleanor’s amazement one of the nestlings crept out from under its mother’s belly and slunk toward him. The doe hissed a warning. Tremor stood, and gently touched the baby dragon with his horn.
The doe exhaled a long blast of fire, but this time there was no fight in it. The other baby dragons came forward, and Tremor touched them all before nudging them toward the new cave with his muzzle. Their mother let our several low whistles and followed them.
Once the doe disappeared under the ground, Thromba ran to Eleanor and Gregory. “Dear High God, sire,” he said. “It was a botch-up, and the princess nearly roasted.”
“No, Thromba,” Gregory said. “We both know you can never tell how the does with nestlings will react. Last year we lost three men to a new mother. Not so bad, really.” He knelt beside Eleanor.
“Are you angry with me?” she asked.
“No,” he said. “How can I be angry? But you must be more careful.”
He helped her stand on her shaky legs. She ran a hand over Teardrop’s withers and the white hide twitched under her fingers. “Does it hurt?” she asked.
“Some, but we heal quickly.”
“Princess,” said an airy voice behind her. It was Tremor.
“Thank you,” she said. “I’m sorry if I made things more complicated.”
Tremor lowered his head. “I thank you,” he said. “For reminding me of what is important.”

Stephanie will be awarding a $10 Amazon gift card to a randomly drawn commenter during the tour. 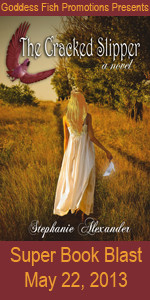