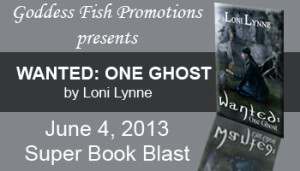 BLURB:
Stuck in ghostly limbo for 238 years, James Addison can't move on to an afterlife. After being falsely accused of treason and executed, fate's cursed him to remain an earth-bound specter until he meets a historian sent to research his past.
Distrustful of fate, Dr. April Branford wants to be taken seriously, but her unique ability to divine history by touching objects seriously compromises her credibility. Her latest assignment? James Addison, a legendary colonial ladies' man with a shadowy past. Without much to go on, she doesn't hold out much hope to discover the man behind the legend until the day she accidentally touches him and brings him back to life.
With the help of family and ghosts from James’s past, they unravel the truth. But after falling in love and with time running out, it’s hard for April to believe in fate and a future where forever is now. 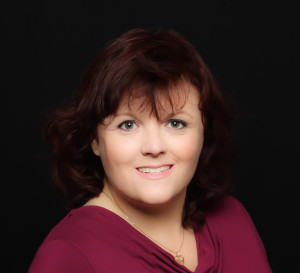 Author Biography:
Loni Lynne is a stay at home mom, domestic goddess, U.S. Navy Veteran and lover of all things vintage/shabby-chic/Victorian and antique. From china cups and tea sets to lace doilies crocheted by hand (her grandmother made the best) she believes a touch of femininity never goes out of style.
Growing up all over the country she's been blessed with experiencing a good deal of culture and lifestyles. Much like her personality, she has eclectic tastes in what she likes to read and write. There is no 'one' genre in which she settles for.
God and fate have been big influences in her life. Both have taken her to places she never thought she'd be, both in the physical sense and in the spiritual. She wrote brief stories and snippets of life as it happened to her in her youth, and encouraged by her teachers, continued to write. Blessed with a loving supportive family growing up, she was able to explore her options which at times have been put into use in her stories. The Navy--and fate, afforded her the opportunity to meet her Army, "Annapolis-native" husband and team up with him to parent two beautiful daughters.
Years later, her husband gave her the best birthday present ever--a laptop, a membership to Romance Writers of America and a goal to complete a manuscript for submission by her next birthday. She did it. A few years later she was blessed with one of those novels, Wanted: One Ghost, as her debut novel.
Believe in Fate

Loni will be awarding a $50 Amazon or B&N gift card (winner’s choice) to a randomly drawn commenter during the tour. 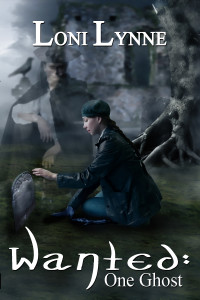 Excerpt:
“Who are you?”April asked.
“You already know the answer, Dr. Branford. You saw me out at the mill the other day.”
Her eyes widened. “You’re…James Addison.”
She knew. But whether or not she accepted the knowledge was yet to be seen.
“Really, I did want to tell you the truth about me, but I couldn’t. Not knowing how you would react, I couldn’t take the chance of having you run away from me. I don’t want you to fear me, or what I am. You’re the only person who has ever been able to see me in this form. But more importantly, you’re the only person who’s cared.”
She stopped and turned. “I can see you. But you’re not real…I don’t know…”
“You make me feel real again,” he said softly.
She muttered profanities under her breath. “I don’t have time for ghosts. I’ve a case to solve. Go back to wherever it is you came from.” April waved him off.
“I can’t. This is where I am. Right here, right now. There is no place for me to go back to.” James knew this couldn’t be easy for her to understand. “Perhaps I could be of assistance to you, since you know who I am.”
“How do I know you really are James Addison?”
“You don’t,” he agreed. “But what would it take to prove to you I am?”
“Tell me where he is buried,” she challenged.
James shrugged. “Easy enough, but I would prefer to show you.” 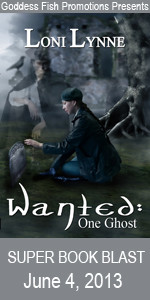