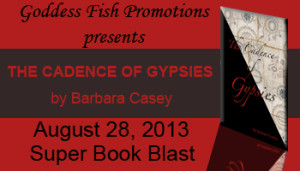 BLURB: Three high-spirited 17-year-olds, with intelligent quotients in the genius range, accompany their teacher and mentor, Carolina Lovel, to Frascati, Italy, a few weeks before they are to graduate from Wood Rose Orphanage and Academy for Young Women. Carolina's purpose in planning the trip is to remove her gifted, creative students from the Wood Rose campus located in Raleigh, North Carolina, so they can't cause any more problems ("expressions of creativity") for the headmaster, faculty, and other students – which they do with regularity. Carolina also wants to visit the Villa Mondragone where the Voynich Manuscript, the most mysterious document in the world, was first discovered and search how it is related to a paper written in the same script she received on her 18th birthday when she was told that she was adopted – a search that will take them into the mystical world of gypsy tradition and magic, more exciting and dangerous than any of them could have imagined. 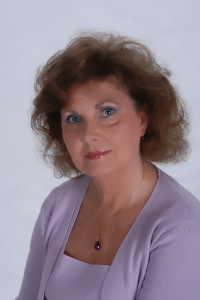 AUTHOR INFORMATION AND LINKS:
Originally from Carrollton, Illinois, Barbara Casey attended the University of North Carolina, North Carolina State University, and North Carolina Wesleyan College where she received a BA degree, summa cum laude, with a double major in English and history. In 1978 she left her position as Director of Public Relations and Vice President of Development at North Carolina Wesleyan College to write full-time and develop her own manuscript evaluation and editorial service. Since that time her award-winning articles, short stories, and poetry for adults have appeared in several publications including the AMERICAN POETRY ANTHOLOGY, the SPARROWGRASS POETRY FORUM, THE NATIONAL LIBRARY OF POETRY (Editor’s Choice Award), the NORTH CAROLINA CHRISTIAN ADVOCATE MAGAZINE, THE NEW EAST MAGAZINE, the RALEIGH (NC) NEWS AND OBSERVER, the ROCKY MOUNT (NC) SUNDAY TELEGRAM, DOG FANCY, BYLINE, TRUE STORY and THE CHRISTIAN RECORD. A thirty-minute television special which Ms. Casey wrote and coordinated was broadcast on WRAL, Channel 5, in Raleigh, North Carolina. Ms. Casey's award-winning science fiction short stories for adults are featured in THE COSMIC UNICORN and CROSS TIME short story anthologies. Her essays, also written for adults, appear in THE CHRYSALIS READER, the international literary journal of the Swedenborg Foundation, and A CUP OF COMFORT ANTHOLOGY by the Adams Media Corporation.

Her two middle-grade/young adult novels, LEILANI ZAN and GRANDMA JOCK AND CHRISTABELLE (James C. Winston Publishing Co.) were nominated for awards of excellence by the SCBWI Golden Kite Award, the National Association of University Women Literary Award and the Sir Walter Raleigh Literary Award. SHYLA'S INITIATIVE (Crossquarter Publishing Group, 2002), a contemporary adult novel of fiction, received the 2003 Independent Publisher Book Award and received special recognition for literary merit by the Palm Beach County Cultural Council. Ms. Casey’s novel THE COACH’S WIFE (ArcheBooks Publishing), a contemporary mystery, was listed as a Publisher’s Best Seller and was semifinalist of the Dana Award for Outstanding Novel. In 2007 her novel, THE HOUSE OF KANE (ArcheBooks Publishing), also a contemporary mystery, was considered for a Pulitzer nomination, and in December 2009 her novel, JUST LIKE FAMILY (Wandering Sage Publications), was launched by the 7-Eleven stores in St. Louis, Missouri. Her young adult novel, THE CADENCE OF GYPSIES (Gauthier Publications), was released in March 2011 and considered for the Smithsonian’s Most Notable 2011 Books. It has also been selected by Amazon for its 2013 List of Best Books. THE GOSPEL ACCORDING TO PRISSY (Strategic Media Books), a novel for adults, was released in March 2013 and received an IPPY Award for Best Regional Fiction. It has also been listed as a “2013 Best Summer Read” by Conversations Live Radio and has been placed in nomination for a Pulitzer Award.

Ms. Casey is a frequent guest speaker at writers’ conferences and universities throughout the United States. She is former director, guest author, and panelist of BookFest of the Palm Beaches, Florida; and for thirteen years she served as judge for the Pathfinder Literary Awards in Florida. She held the position of Florida Regional Advisor for the Society of Children's Book Writers and Illustrators from 1991 to 2003.

Ms. Casey is president of the Barbara Casey Agency. She represents clients nationally and internationally in fiction and nonfiction for adults. Her past and present professional associations are numerous and include being editorial consultant for The Jamaican Writers Circle in affiliation with the University of West Indies and Mico Teachers College in Kingston. She also received special recognition for her editorial work on the English translations of Albanian children’s stories.

Barbara will be awarding a $25 Amazon or BN.com gift card to a randomly drawn commenter during the tour. 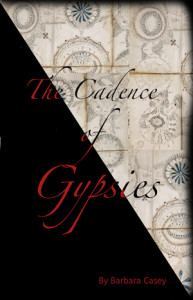 EXCERPT:
"Ouch! You're standing on my fingers!" This from the petite girl with a long, blond ponytail, wearing a nightgown, most of which was pulled up between her legs and tied into a knot at her waist to keep it from getting tangled on the limb where she was perched. Somewhere above her the sound of a saw and splintering wood filled the darkness followed by a stream of profanity repeated in several foreign languages for emphasis.
"It doesn't look right. It's supposed to have a rim and a dent." Clinging to a 12-foot ladder as she pointed the flashlight first this way and then that, the heavy-set girl wearing a nightshirt buttoned at the neck offered this with a slight lisp.
The girl with the blond ponytail giggled.
"What do you mean--dent?! Let me see that picture." The tall black girl completely hidden aimed her flashlight toward the magazine that was being thrust upwards through the thick branches in her direction.
"And the top is supposed to be rounded--like a button mushroom," the girl in the nightshirt added, the word "mushroom" sounding more like "muthroom."
"That's because it's circumcised," supplied the girl with the ponytail, from which she removed a small twig and a handful of leaves.
"Shekoo, baboo!” More profanity. “Okay. I know what to do." The tall black girl disappeared back into the upper-most branches of the tall plant that was more tree than bush. After several additional minutes, the sawing, crunching, and clipping sounds finally gave way to the more gentle sounds of tiny snips. And then, silence.
"That's it; everybody down."
The petite girl, with the magazine that had been overlooked in the last confiscation and now wedged firmly under her armpit, started the perilous descent first since she was nearest to the ground, followed by the tall girl. The girl in the nightshirt eased her way down the ladder juggling pruning shears, a hand saw, and scissors. Once on the ground, the three girls stood back to admire their work.
"That is one honkin' Peni erecti," said the tall girl causing a fresh explosion of giggles. "Let's get out of here." After quickly rolling down the legs of her pajama bottoms, the tall girl grabbed one end of the ladder and, along with her two friends, lugged it and the other tools back to the shed that housed lawn maintenance equipment. Task accomplished, they returned to their rooms, and to their individual beds, careful not to disturb the other dorm residents, the floor monitors, their suitemates and, most importantly, their slumbering dorm mother, Ms. Larkins. Within minutes, they fell into a deep, peaceful sleep--the sleep of innocent angels.
It would soon be light; and Wood Rose Orphanage and Academy for Young Women would start another day. 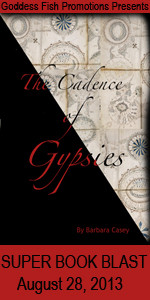