BLURB:
After the tragic death of his family, Ian, fresh home from the Army, is a shadow of his former self. Only his best friend's disappearance in South America pulls him back from the ledge. He rushes to Brazil, but he gets there too late. The best he can do now is find his friend's murderers. The single lead in the case is also the single biggest obstacle--Daniela, a mysterious beauty very much in need of protection, with a host of secrets hidden in a dark past. As the two of them track down clues and try to untangle an impossible case, they draw the attention of all the wrong people, and danger follows them back to the US.
Ian wants the murderers. Daniela wants Ian to acknowledge the hot sparks of passion between them. He doesn't mind breaking rules, just never his own. Rule #1: You don't seduce the woman you protect. 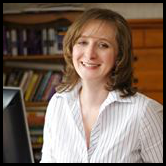 AUTHOR Bio and Links:
New York Times and USA Today bestselling author Dana Marton has thrilled and entertained millions of readers around the globe with her fast-paced stories about strong women and honorable men who fight side by side for justice and survival.
Kirkus Reviews calls her writing "compelling and honest." RT Book Review Magazine said, "Marton knows what makes a hero...her characters are sure to become reader favorites." Her writing has been acclaimed by critics, called, "gripping," "intense and chilling," "full of action," "a thrilling adventure," and wholeheartedly recommended to readers. Dana is the winner of the Daphne du Maurier Award of Excellence, the Readers' Choice Award, and Best Intrigue, among other awards. Her book, TALL, DARK, AND LETHAL was nominated for the prestigious Rita Award. DEATHSCAPE reached the #1 spot on Amazon's Romantic Suspense Bestseller list.
Dana has a Master's degree in Writing Popular Fiction, and is continuously studying the art and craft of writing, attending several workshops, seminars and conferences each year. Her number one goal is to bring the best books she possibly can to her readers.
Keeping in touch with readers is Dana's favorite part of being an author. Please connect with her via her web site (danamarton.com) or her Facebook page (facebook.com/danamarton).
Having lived around the world, Dana currently creates her compelling stories in a small and lovely little town in Pennsylvania. The fictional town of her bestselling Broslin Creek series is based on her real life home where she fights her addictions to reading, garage sales, coffee and chocolate. If you know a good twelve-step program to help her with any of that, she'd be interested in hearing about it! :-)
***Visit Dana’s website to read the first chapters of her books!***

Dana will be awarding a $100 Amazon or B/N GC to a randomly drawn winner via rafflecopter during the tour. 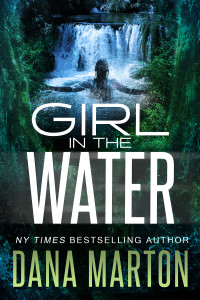 Excerpt:
A couple of boats had been dragged up on the flat of the riverbank. Nobody around. Ian sat in the shade of the largest boat and pretended to be watching the barges and tugboats going past him.
He stole a glance at the house, hoping to spot Finch. Nothing there, but something rising out of the water maybe thirty feet from him caught his attention.
At first, he thought it might be a caiman—South America’s version of an alligator. Caimans were native to the area, although, he had no idea if they lived in this part of this particular river.
But instead, out of the river, rose a young woman.
She seemed to be struggling with…an anaconda?
When the shiny black, long body wrapped around hers, Ian moved, ready to dive into the water to help her, but she had the upper hand and dragged the wriggling beast toward shore with a triumphant smile, and he could see that she had a giant eel.
He couldn’t take his eyes off the thing. The eel stretched as long as the woman was tall, over five feet. They wrestled in the mud, the scene stunningly primal and elemental.
She had a piece of rag tied around her small breasts, and another around her slim waist, covering only the private parts of her body. She was the most stunning sight he’d ever seen, long dark hair streaming down in wet rivulets. A goddess risen.
A goddess in mortal struggle.
His western sensibilities pushed him to run and help, but the woman and the eel and their battle seemed somehow the spirit of the Amazon itself, and he felt like an interloper. He felt that he couldn’t take the woman’s triumph away from her.
And she did win, dragging the eel to shore, grabbing a rock the next second and smashing the eel’s head. The eel was still squirming when, with the same, sharp-edged rock, she gutted the thing, dumping the insides back into the river. She was not a peaceful goddess.
She washed the eel efficiently, then picked up the carcass and carried it, staggering under the weight, up the tall, steep bank, and in through the back door of the house Ian had been watching.
Ian’s chin might have dropped a little. Or a lot. In fact, he felt as if his chin just hit his lap.
Who on earth was she?
Collapse