BLURB:
Lauren Trinidad is the best private security money in the League of European Nations can buy. She's been trained by her father for her entire life to protect the good guys from the bad. But when the good guys seem to be working for the mad man responsible for blowing the world into chaos and her family is suddenly the bad, she is forced to choose between what she is taught to do and what she thinks is right.
Captain David Trinidad is the best soldier the New Republic of Texas can find to pull off a secret mission that will decide the fate of the small country. He’s been raised in his military family to do anything to help his homeland. But when he discovers he is the only chance at saving someone he loves, he has to choose between the only two things in his life that he's never doubted.
Meagan Trinidad is the best assassin the United Countries of America has for hire. She has walked the tightrope between making her father proud and protecting those she cares about for a while. But when her work threatens to destroy her friends, she must choose between the familial loyalty that has guided her whole life and the promise of being loved for who she is and not what she does. 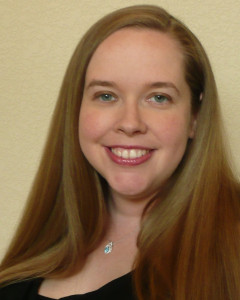 AUTHOR Bio and Links:
K. R. Yaddof was lucky enough to take a few writing classes at the University of Iowa Writer's Workshop when she was there as an undergrad getting her degree in cinema. Now she lives in Denver, CO with her husband, two kids, and one fat cat.
KR is currently finds time to write while staying home with her two small children. If you want more MAGES, cross your fingers for her children to start sleeping through the night!
http://www.kryaddof.com/
http://www.amazon.com/s/ref=nb_sb_ss_c_0_6/188-8223395-5129829?url=search-alias%3Daps&field-keywords=yaddof&sprefix=yaddof%2Caps%2C328
https://www.facebook.com/MagesSeries
https://twitter.com/KRYaddof
http://www.goodreads.com/search?utf8=%E2%9C%93&query=yaddof
https://www.pinterest.com/kryaddof/
Buy Links:
http://www.amazon.com/Mage-Assassin-Mages-Book-3-ebook/dp/B010L1GJLG/ref=sr_1_1?ie=UTF8&qid=1438639362&sr=8-1&keywords=mage+assassin
http://www.barnesandnoble.com/w/mage-assassin-kr-yaddof/1122295629?ean=2940152025637
The author is awarding a randomly drawn commenter via Rafflecopter a $20 Amazon/BN GC and a randomly drawn commenter via Rafflecopter all three books in the MAGE series.
a Rafflecopter giveaway

Excerpt:
“I told you I was working.” Lauren tried not to snap. Zachary obviously wanted to forget their earlier fight about whether or not it was too dangerous for her to protect the new prime minister. But Zachary didn’t give up that easily. “I was doing my job.”
“I thought you only had to stay through the prime minister’s speech.”
“I did, but I saw a few suspicious characters before I left, so I stopped them from killing everyone.”
“Oh, you did, huh?” He smiled that charming grin that made her forgive him for anything.
“Yeah, because I’m smooth like that.” She couldn’t help but smile back.
“Sure you are.” He laughed and crossed the room to her. “You’re hurt.”
“It’s nothing,” she lied. Even her teeth hurt.
“Here.” He gently took her face in his hand. He blew a thick lock of her chestnut hair back. He ran his finger over the bruise and whispered, “Curatio.”
White-hot magic radiated from his thumb into the center of the pain and slowly flowed over her face, leaving cool relief in its wake. Her hand joined his as she felt her healed face. Her skin was smooth and no longer sore.
“Thanks.” She kissed him softly. His lips felt warm, soft, and familiar. His hands immediately pulled her to him. She stopped him by putting her hands on his chest. “I need a shower.”
“Shall I join you?” He cocked a platinum eyebrow.
Collapse